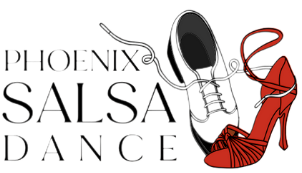 Find us on Google!


- Robert Maxey
Read More
"I attended a Salsa group class where Jewel was teaching. I was very impressed with her teaching style and knowledge. Having never had any formal dance training I decided to take some private lessons from her. Jewel has patience and is committed to seeing that her students get it. She breaks the steps down so that they can be easily understood, explains them and then demonstrates the steps so you can video them to practice on your own. Jewel is very personable and makes learning fun. I highly recommend her to anyone wanting to learn dance."

- Naomi Harris
Read More
"I’m so grateful to have Jewel as my salsa master! Personally, I just can’t not go to her Sunday salsa styling class. Not only is she a graceful dancer, she is also an amazing instructor. Her attention to detail helps me correct my habits and errors. Every week she puts together different choreos for us to learn, including various styling techniques/ body movements. Her Sunday class is open-level. Whether you are a complete beginner or more experienced, you will always leave the studio with great takeaway. So don’t be scared even if you are brand new. She is there for you wherever you are in your dance journey. <3<3<3"

- Paulina Menichiello
Read More
Some of the most diverse and holistic salsa classes in the city! Classes are very stylistically-focused and challenging. Lawrence and Jewel move the focus from just doing the steps to becoming a real knowledgeable and varied dancer. Their passion for the art is contagious!

- Joanna
Read More
I’ve never danced salsa before and went there by myself, I absolutely love it!! The atmosphere is unmatched, you’ll meet a lot of new people!! They are very professional and know how explain everything so you’ll not feel lost! The prices are very affordable and they have 3 beginners class per week so it speed up the learning process 😀. Highly recommend if you are in Phoenix area!!

- Nick Feroce
Read More
After having taken Salsa lessons from various instructors over the last two years, there is no doubt that Lawerence and Jewel are the very best. They are both phenomenal dancers which doesn’t always translate into being phenomenal teachers but they are phenomenal teachers indeed! They both break down the footwork from the follow and lead perspective which is really helpful to understand both sides regardless of if you are a follow or lead. Their class is incredibly fun and they both rotate within the class thus leading to individual coaching for all the students. I’m very grateful I found Phoenix Salsa Dance and look forward to their instruction on my dance journey.

- Victoria C
Read More
I'm new to Phoenix and also to Salsa on 2. I feel fortunate to have found such professional instructors, Jewel and Larry. I learn a lot in every class. I'm from Los Angeles where Salsa is inundated in the vibe of the City. So I'm not new to Salsa, with that said, Phoenix Salsa has exceeded my expectations!

- Esther Sheeley
Read More
Larry and Jewel are the best teachers in town. Dedicated, passionate, and talented. Able to teach all levels and make salsa dancing possible for anyone to learn no matter their previous training. I started with absolutely no training and love the progress I have made over the past year. Salsa dancing has become a great passion of mine and I look forward to continuing to learn and grow in their classes.

- Naomi H
Read More
I've been taking classes from Jewel and Lawrence for a while and I'm so grateful for their contribution. You can trust them because their passion and dedication for what they do are truly authentic. They value the importance of fundamentals which is often overlooked and hard to master at the same time. Whether you are a complete beginner or more experienced, you will always leave the studio with great takeaway. Don’t be scared to show up even if you are brand new.
Previous
Next

Call Us:
Email Us:
Location:

Please fill out the form below and we will follow-up with you soon.
Copyright 2022 Phoenix Salsa Dance All Rights Reserved.